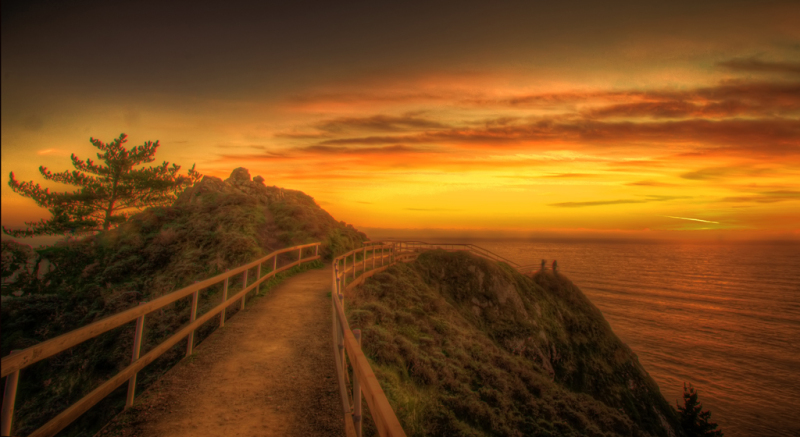 We reached Muir Beach Overlook after a crazy drive through dangerously winding roads of North California. The trees beside the roads appeared surreal, leaning from the thin road shoulders as though trying to parallel their branches and leaves to the incline.

As the Sun began his descent across the ocean, I set up my tripod to capture the evening glory. To my frustration, a crowd in a 'San Francisco Roof Top Sightseeing' bus arrived, and started walking around everywhere. Fortunately, the crowd cleared at the right time, leaving a few who made nice silhouettes.

The colors are beautiful! Good day.